I never planned to go to university, but with my aspirations of being involved in creative industries, it became apparent by the time I was in college that attending university was the next step. I was informed that doing a creative degree would equip me with all the skills necessary for employment.

I was fortunate enough to secure a place at Leeds Arts University (previously Leeds College of Art), to study BA Hons Illustration. My strengths have always been in fine art, drawing and painting specifically, but chose Illustration in the hopes of commercialising my skills.

The first year of university comes along, during the first term we explored all different ways to illustrate. The second term we focused more on the different tools to create these illustrations. The third and final term of the first year we delved into the specifics of the industry and began discussing how to prepare ourselves to be Freelance post university. This was when I realised, I did not want to be Freelance and I did not want to be exclusively an Illustrator.

The realisation of my future career u-turn didn’t worry me, although I usually always like to have something to work towards, I was happy with the amount of new skills I was learning and knew they would be useful for whatever career I decided to pursue.

My second year of university was great, I was enjoying the course, I settled in the new friendships from first year and started a part time job as a bar and club host across various venues in Leeds and Yorkshire. I met many more people during this year from my course, through my housemates and from my part time job. This is where the new opportunities crept up on me.

From always being active on social media and not being shy about being in front of a camera, I began to get approached by fellow students who needed models, designers, stylists or directors for their photoshoots. Of course I had no experience in any of this, but being students with projects ongoing, they needed others willing to help regardless. At the time I thought it would be fun and had plenty of time to assist, so during the rest of my degree I spent time with students across other courses and year groups.

By the end of my degree I had helped friends of friends of friends. The experience and contacts I gained from this ended up reaching local businesses and professionals who then asked me to join them in their projects, resulting in paid jobs, creative collaborations, website appearances and fashion shows. Additionally, being a bar and club host I attended photoshoots with them and often worked events where I had to be confident approaching people and socialising.

Late in my course we were tasked with public speaking and networking events to prepare for life after University. I was assigned the role of Social Media Management alongside another course-mate for our course networking event in London. I started noticing how the additional projects I took on alongside my University projects began to help with my degree.

I reflected on what I enjoyed most during my time at University and it included design, social media, content creation, photoshoots and social events. After previously disregarding some of these as hobbies and trying to pick one to focus on, I found that all of these skills are often required in marketing, this finally gave me the career path I wanted to work towards and I was unknowingly half way there.

My illustration course was fundamental in progressing my skills in illustration, animation, photography and Adobe. I can confidently say that networking, social media, photoshoots, editing and collaboration equally helped to shape me for the working world.

Although I was not studying a Marketing Degree specifically, the combination of all of these new skills and experiences I believe helped me to get into my first marketing role before graduating from University. I am now 3 years post graduation and have worked in three marketing roles, one in the nursery industry, one in skincare and now at a marketing and design agency, all of which I have really enjoyed. Looking back, choosing marketing was definitely a great decision for me.

What I mainly learnt from my whole experience at University is that it is completely fine to not be certain on the next steps and to focus on enjoying the present and opportunities outside of the course and see where it goes. It’s important to not restrict yourself to a particular path just because that’s what you are studying, a course can still be valuable for a different career. 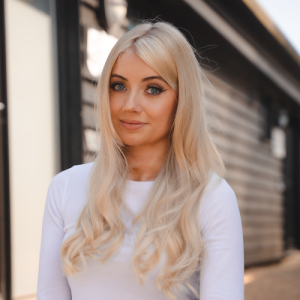 Lauren is the newest member of the Creightive team. Lauren handles a range of client social media accounts, from general management to strategy and month-on-month campaign planning. An Illustration Graduate from Leeds Arts University, Lauren is passionate about building brand identities through contemporary content creation.

Join our newsletter and get 20% discount